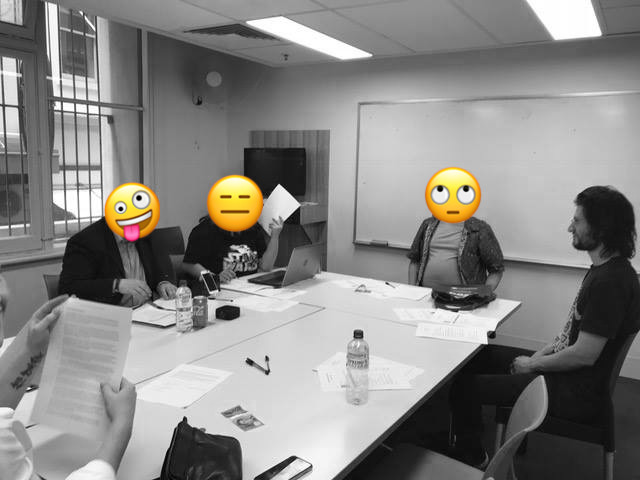 Two thousand and eighteen, what a weird year for me. I remember waking up at 5am one morning in February to weigh beetroot leaves—not the vegetable, just the stems—while I steamed the taproot. The context is a bit of an eating disorder that I picked up when I was six, and this moment was one of my most eccentric flare ups. Oops!, what an elegant overshare. My issue is more to do with discipline in inverted commas rather than appearance, so please spare me the E! Entertainment babble. And I always know who feels deeply uncomfortable with themselves, because they get pathetically gossipy about this stuff (get help and a hobby, people). It only happens sometimes, but when it does, it is like my brain scolds me for lacking a lifetime of character. Next thing you know I am micromanaging zucchinis at early hours of the morning to rush into becoming a disciplined person. I also start reading the tarot to find magical paths towards fortitude, and get very excited when I get strict cards. Anyway, I went to therapy and learned to shrug it off by developing a more flexible mindset. Lots of laughter.

Oh yeah, I was also into vampires. Like, really into vampires. They epitomise cravings and obsessions with their blood addiction and in the words of an artist statement, this aspect of their practice “resonates” with my sensibilities. One legend recommends throwing chickpeas on the ground when a vampire is around, since they have the compulsion to count: been there, done that. I also respect that they keep on (un)living while making their suffering a kind of poetry. They are invariably calm and stylish too, which is a good reminder to look good, even when on the brink of oblivion. Sure, they kill a bunch of thousands of humans on the way but who am I to judge. Well, I guess if you put the corpses in a pile that would be a lot of people. But I am still willing to look past their character flaws at this point.

Either way, they are quite resilient figures. I can only recall one vampire movie featuring a suicide, and that is Spike Lee’s Da Sweet Blood of Jesus (2014), which is a remake of Ganja & Hess (1973). The protagonist waits for the sunrise and the light kills him, which makes one realise how easy it is for them to call it quits. Yet, it is atypical for them to do it. They keep moving forward with just the right amount of tragedy, calling their condition a ‘dark gift’ with a sexy vocal fry, and so on.

This excitement for things that refuse to die led me to answer a Gumtree ad in 2018 looking for members to join a vampires study group. “Are you available during the day or night?” they asked. “Night,” I replied. Unfortunately, we met in the afternoon, which rapidly undermined my enthusiasm. I knew I was heading into a nest of connoisseurs, but nothing prepared me for this level of fanaticism. I am not exaggerating, I have a graphic tattoo on my arm that reads El Vampiro, that comes from a b-grade poster that no one cares about. No one. But check this out, the minutes from the meeting that day say, “**** openly noted Ramirez’s arm tattoo of German Robles as Count Karol de Lavud in El vampiro.” Yep, this person took one glance at my tattoo and went reverse image search all over it.

At some point during the meeting, they asked us to share with everyone what we like about vampires. This was my favourite part, because one person said they were a real-life vampire and looked at me to sustain eye contact, for a mysteriously prolonged length of time. I am not saying they were flirting with me. But I think they were hitting on me. Like, at least a little bit. Not going to lie either, it really crossed my mind. In fact, it has been crossing my mind for the past few years: what did that stare mean? I like to think we could have had a bloody good night, sponsored by Medicare, but at the time I was too debilitatingly sad to pursue a racy lead. As for myself in that instance, I did not share everything that I like about vampires, choosing to focus on conceptual ideas. In retrospect, I wish I had unravelled about my toxic relationship with vegetables for the awkward thrill of it. Today, I am righting my wrongs.