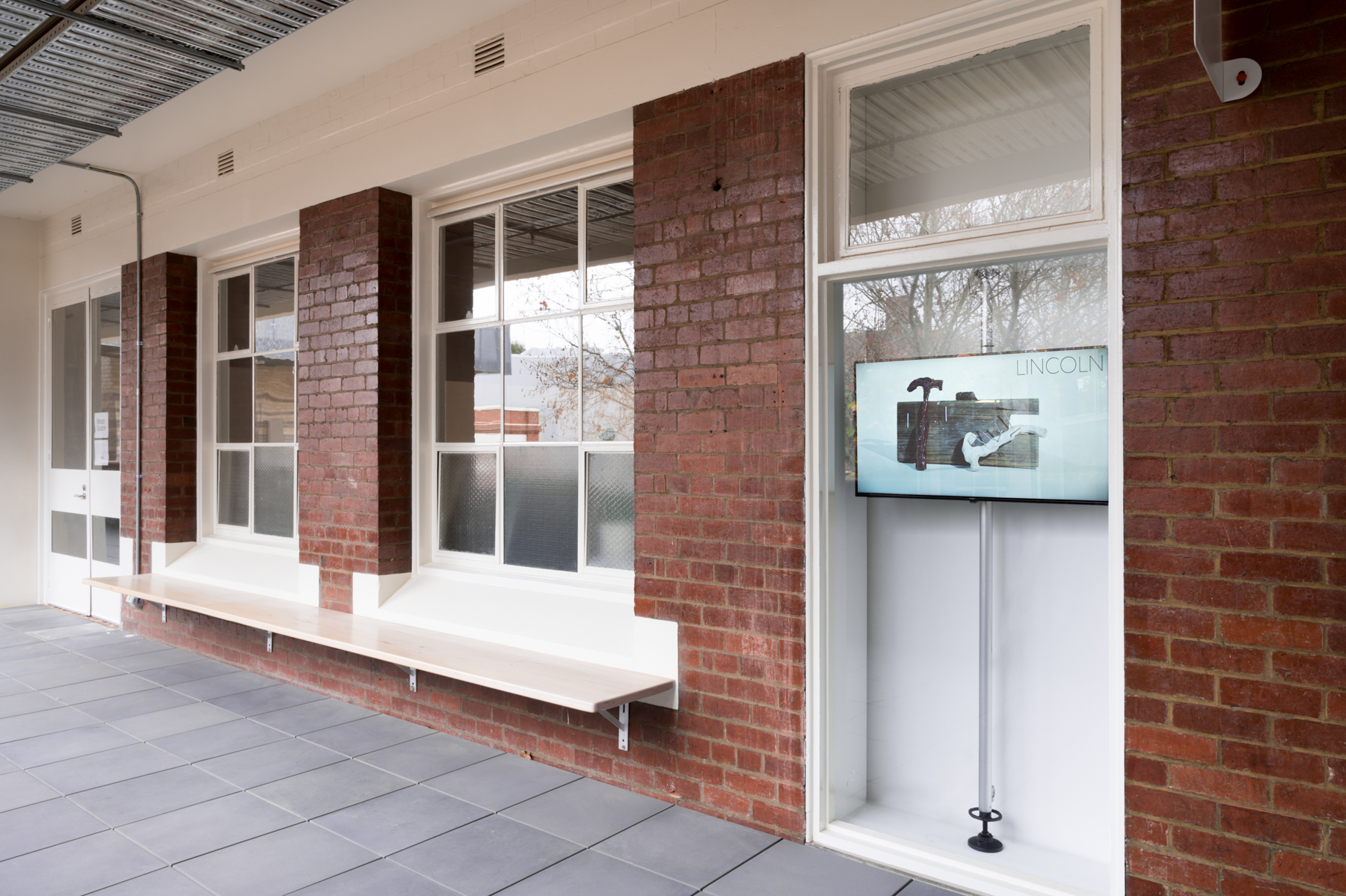 Casting herself or her mother in roles that include the host of a cooking show, a lifestyle influencer, and a reality TV Star, Ilana Harris-Babou’s multimedia practice interrogates the aspirational spaces of late capitalism and the intersections of race, class and labour therein. For Improvements, Harris-Babou presents a satirical single-channel video, Reparation Hardware. Riffing off the language of home improvement vloggers and the marketing videos of Restoration Hardware—an up-scale American furnishing company—Harris-Babou speaks of “unresolved pasts and untapped present”, offering a proposal for how reparations might be delivered to African-Americans. Through humor, the artist draws attention to the cliched tropes of nostalgia and authenticity in the language of advertising, and the effect this has in glossing over America’s history of slavery. Reparation Hardware serves as a commentary on the institution of slavery in the United States, from its historical past to its continuing effects in present day North America, and the ongoing fight for financial compensation for the descendants of slaves.

Ilana Harris-Babou is an interdisciplinary artist spanning sculpture and installation, and grounded in video. She speaks the aspirational language of consumer culture and uses humour as a means to digest painful realities. Her work confronts the contradictions of the American Dream: the ever unreliable notion that hard work will lead to upward mobility and economic freedom. She has exhibited throughout the US and Europe, with solo exhibitions at The Museum of Arts & Design and Larrie in New York. Other venues include Abrons Art Center, the Jewish Museum, SculptureCenter, the Studio Museum in Harlem, the De Young Museum, and the Whitney Museum of American Art. Harris-Babou has been reviewed in the New Yorker, Artforum, and Art in America, among others. She holds an MFA in Visual Art from Columbia University, and a BA in Art from Yale University.