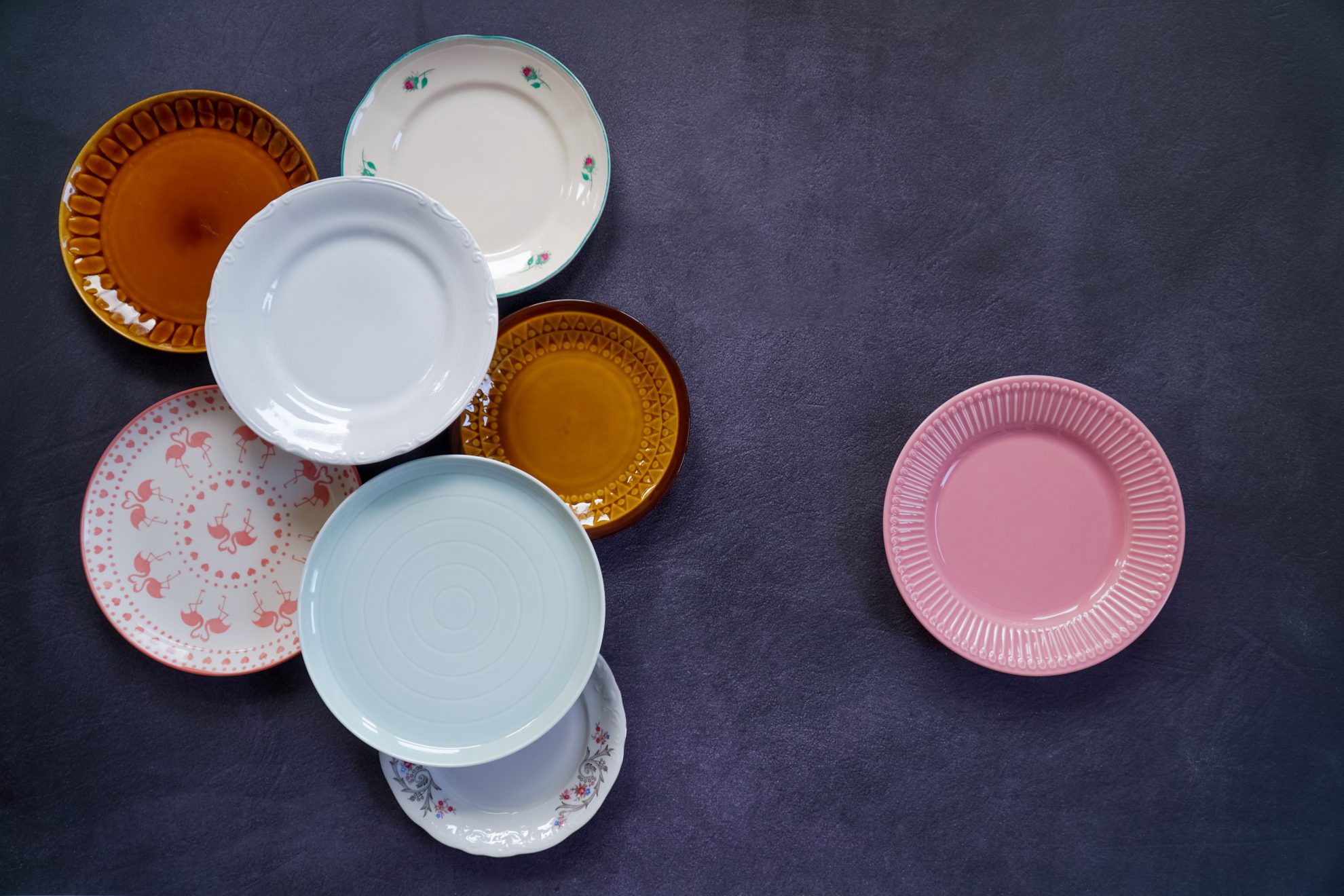 Obviously, I knew Wang was a bit of a fuckboi. I’d heard all the stories from the Tokyo Olympic village. But despite her dubious reputation, I couldn’t deny that she was also (a) pretty cute, (b) an excellent dining companion, and thus — unfortunately — (c) 100% my type. Though her type seemed to be young, provincial girls in the lower weight classes who were easily impressed by that Brother Wang swagger.

In any case, this wasn’t a date: this was work. I’d filed all my stories from the championships, fought the copyeditor who wanted the headline ‘Win-Win-Win for Li Wenwen’, and even managed to submit a listicle of ‘Top 10 lifting faces’ to the GenZennial content mill I begrudgingly wrote for sometimes. Now the comp was over, and I figured I could whip up a tourism story to make some extra cash before I left. Who better to show me the tastiest sights of Uzbekistan’s capital than the butch snack of Team China?

Last time she was in Tashkent, at the 2020 Asian Championships, Wang had taken home three golds and made a competition PB, so you best believe she celebrated lavishly. She even got Little Monkey drunk on cognac, doing handstands on the edge of the fountain outside the Alisher Nava’i Theater. I’d seen the photographic evidence. And besides, Wang was never shy of an opinion, especially about food. She’d struggled to make weight when she first moved up to the -87kg class, but now she’d taken eating to a fine art. I knew she’d relish the opportunity to put things in my mouth.

It was a cloudy winter’s day with an icy wind that made me regret getting a fresh fade before the trip. The boys had gone off to karaoke with their coterie of groupies, and most of the remaining team had gone to see a play at the Ilkhom. Wang and I started off in the late afternoon at a restaurant that specialised in barbecued fish. It was the first meal I’d had in Uzbekistan without bread, mammal or bird, and I was delighted at how the sweet, delicate flesh separated into fine flakes. The restaurant was swanky in a garish, dated way — it felt like we were the only people there who weren’t celebrating an engagement. I ordered us each a glass of sparkling, and Wang grinned as I toasted to bachelorhood.

Our second stop was an Uzbek restaurant. Wang shepherded me through to a vine-covered patio filled with tapestries and coloured lamps. The sky had started to darken but she kept her Ray-bans on. I expected no less — I’d seen the photos of her wearing shorts and sunnies to a wedding while women in full-length gowns fussed over her. I tried not to stare at her thighs in her trademark trackies, or imagine them squeezing my face, instead stuffing myself with more manti than was wise.

Next was a chic Georgian wine bar with copper lights and exposed brick. Every pour paired nicely with the spread on offer — lamb meatballs in a pomegranate sauce, spicy ajapsandali, eggplant rolls stuffed with walnut puree. I vowed to return with an empty stomach so I could sample all the khachapuri on the menu. We split just one, topped with egg. The soft yolk spilled onto Wang’s chin. I wiped it off with my thumb.

I was properly tipsy now, but the crisp night air slapped some sense into me as we sauntered towards our next destination, an upscale sashimi joint that transformed into a bar each evening. We nestled into our velvety booth and ordered a flight of Japanese whiskies and a platter of sweets. The conversation slowed and turned, as it inevitably does, to our exes and overlaps. Everywhere in the world, queers and aunties seem to have a sixth sense for this intimate geometry, and after a decade covering the strength sports beat, I knew my own numbers were creeping up too. Sure enough, it didn’t take long to find our four degrees of separation via a pair of Ecuadorian lifters who were known to share more than chalk and hair wraps. Wang smirked and rested her arm on my shoulder — a classic bro move.

I couldn’t tell if we were vibing or colluding. It was well after midnight, but there was still time to wingman each other through the press contingent afterparty back at the hotel if need be. There was a lavender-haired video editor from Barbend who I knew was keen on either — or preferably both — me and Wang. Instead, we kept drinking, chatting and sidling closer, with no mention of joining anyone else.

The whisky and wine made my pulse heavy, but there was still the possibility of making good choices. Wang was turning pink, too, and I noticed how she lined up the plates perpendicular to the table’s edge. I joked about her being a neat freak; she laughed and said I should see her locker. I said I’d love to, which is how we ended up sneaking into the training hall at 3am.

The cleaners must have been scheduled for the morning, because the hall was a mess. We added our coats and scarves to the chaos. Wang showed me her locker, which was just as meticulously organised as expected. I felt like a teenager in an American high school movie: me, the nerdy protagonist, buzzing with nerves as the hot, arrogant jock cornered me against the cool metal locker.

Wang clasped my skinny shoulders and asked if I’d ever actually tried weightlifting. Not really, I admitted. I lifted weights at the gym but I’d only attempted the Olympic lifts once or twice, giving up quickly because I knew enough about the sport to recognise that my technique was terrible. She ran her hands down my arms and commented that I’d be well-suited to it, with my short limbs, as long as I could pick up the moves.

I let her cajole me into a few warm-up sets of front squats. I’d never used a women’s bar before, and it took me a moment to get the hang of it. Wang corrected my stance, the placement of my hands, the curve of my spine. It felt good to be guided like this, like an artist’s poseable figurine or so much clay. We moved onto overhead squats. You need explosive strength, but also finesse, she said. Power and control.

Wang handed me a wooden pole to practise the snatch movement. She circled, watching from all sides. Freeze, she instructed as I sunk into the receiving position. Her hands gripped my hips from behind, pushing me into a workman’s squat, my butt nearly touching the floor. Great. Now stand. Her breath was hot on my nape. She made me repeat the motions until she decided I’d earned some weight.

I sipped from her water bottle as she loaded the bar, admiring her thick legs, the crease in her neck. Stepping onto the platform, I told myself, Drive up, dive under. Wang held my gaze and repeated, Power and control. I took a deep breath, and started the pull. The bar went up more easily than I expected. I ducked under, catching it low. The movement felt novel, yet natural — I trusted myself with the weight. Power and control. The hardest part was done, the heaviest was to come. I drove my legs into the platform, imagining the earth rippling underfoot. Miraculously, I stood. I felt the air snap.

Jinghua Qian is a Shanghainese-Melburnian writer often found worrying about race, resistance, art, desire, queerness and the Chinese diaspora. Ey has been a performance poet, a radio broadcaster, a television journalist, and an arts critic. Eir work has appeared in The Guardian, The Saturday Paper, Sydney Morning Herald, Overland, Meanjin, and Peril, on ABC TV’s China Tonight, and once on a brick wall. Jinghua lives in Melbourne’s west on the land of the Kulin Nations.