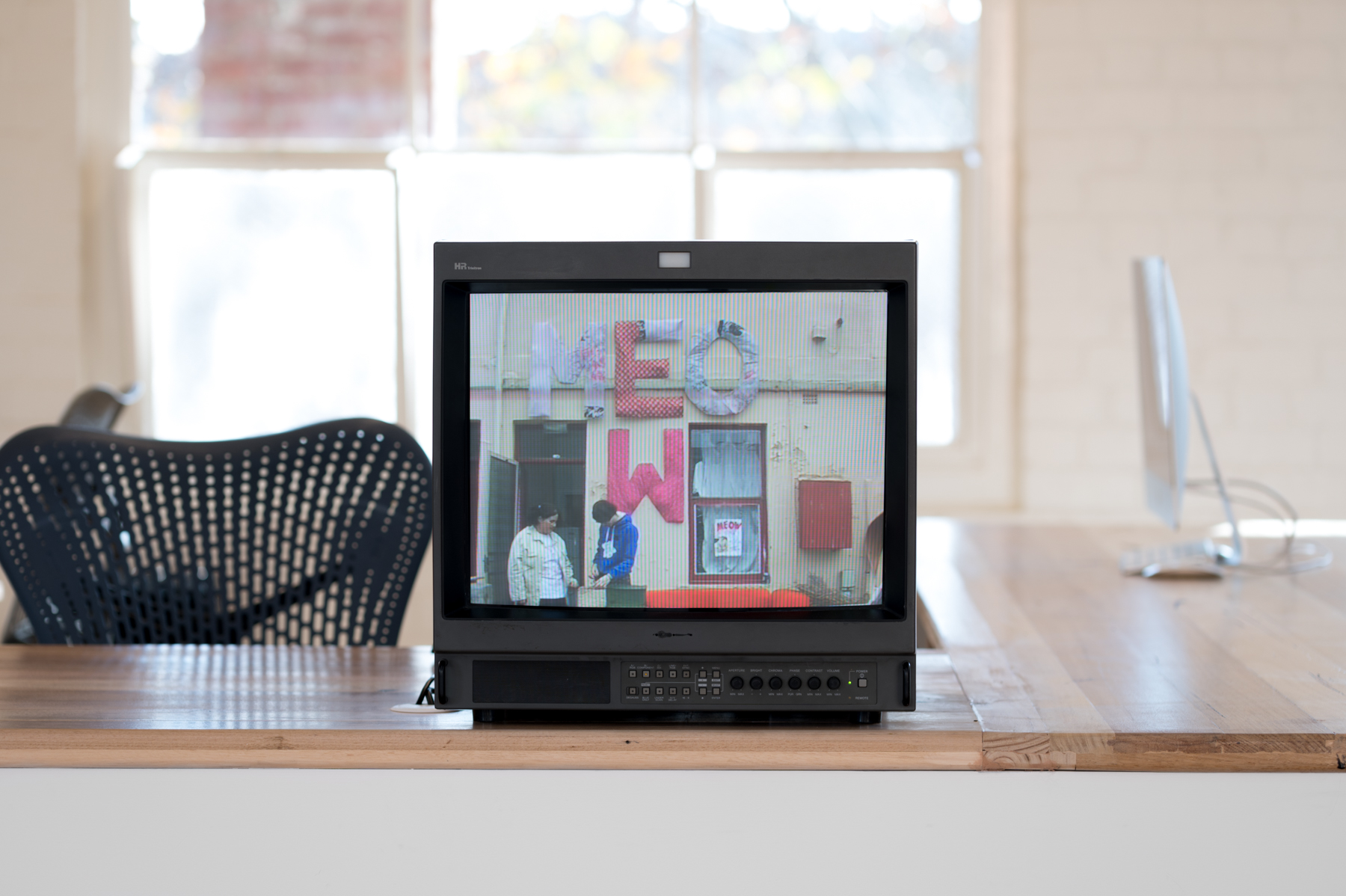 MeowTV documents the openings and parties at Meow, a gallery formerly run from a share-house living room in Carlton by artist-occupants Hana Earles and Brennan Olver, and artist Calum Lockey—recently reopened at a house in West Melbourne (@me_ow2). Filmed and produced by Carmen-Sibha Keiso, the series parodies the format of reality TV and the pedestrian “about town” reporting of community television shows. Shot with a dated hand-held video camera, it ironically inhabits the documentary format while quoting the performative enthusiasm of home video. For an audience, we can observe that MeowTV produces a distance between who is represented in the series—the artists and audience become actorparticipants—and who remains outside of it. The series sits in an uneven space between documentation and the way in which documents function within the selfmythologising system of art. It records a small scene at a certain time, while parodying the possibility of a truthful document.

Carmen-Sibha Keiso is an Arab-Australian multimedia artist and curator working in performance, video, and text. Keiso’s practice functions as a reflexive mise-en-scène, wherein current socio-political and global cultural industries are fused with the semantics of social performativity. Chiming millennial diaspora with contemporary cultural trends as an attempt to divulge the way in which we analyse the self within these spheres. Keiso employs a collaborative and research based process, wherein they direct a form of ‘theatre’ involving practitioners from a multitude of disciplines.