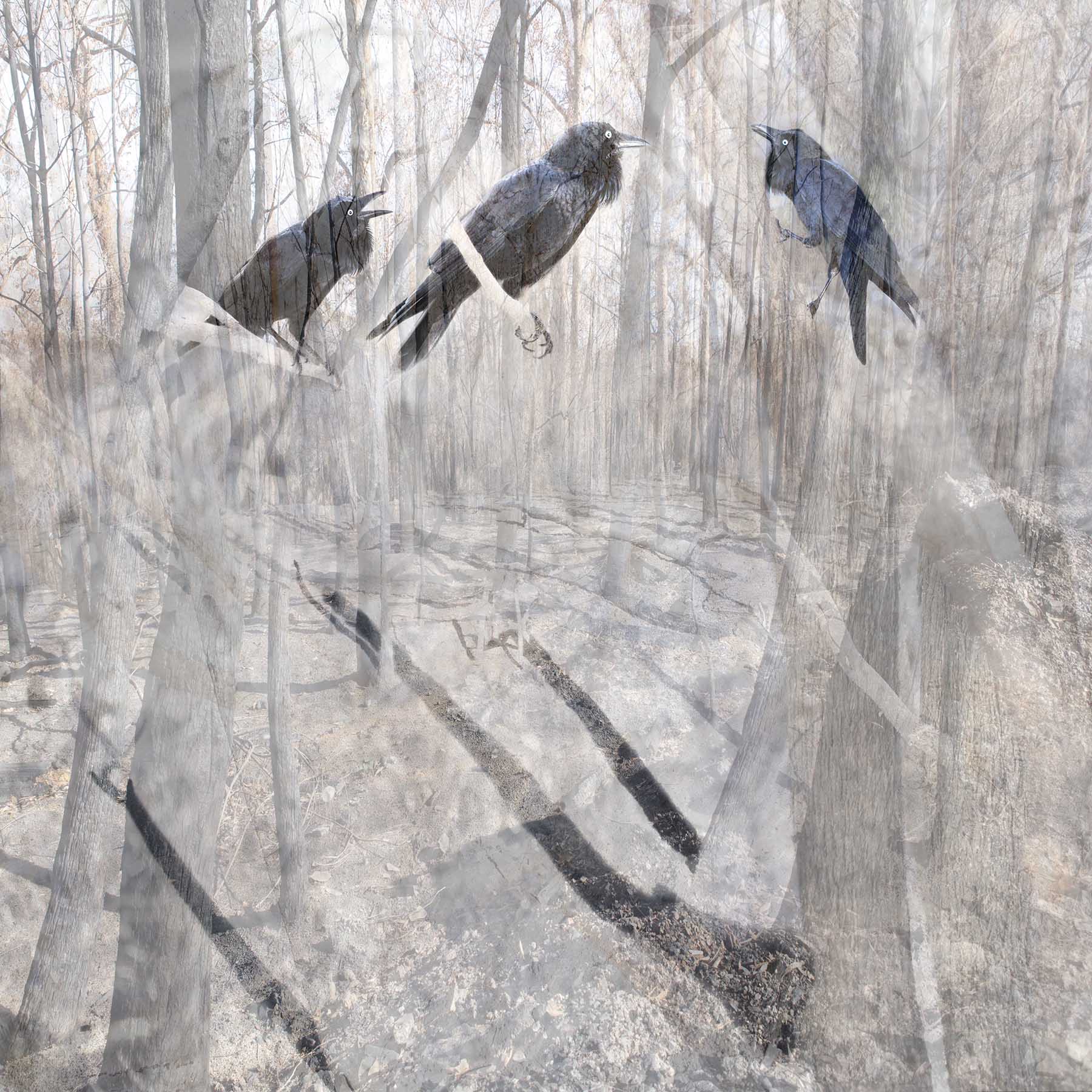 ‘Strangely Enough’ forms part of a collection of writing and recorded conversations that describe experiences of preternatural communication with the natural world. These stories delve into those moments when contiguous worlds overlap, and the trauma of loss reconnects us to the world outside in new and unexpected ways.

This conversation between Anna Louise Richardson and Rebecca Dagnall is part of an interview series accompanying the collaborative exhibition ‘Watching’, by Anna and her husband Abdul-Rahman Abdullah at West Space.

Rebecca Dagnall graduated from Curtain University in 2003 with Honours, and held her first solo exhibition in 2009 at Turner Galleries in Perth, Western Australia. She has since been invited to show around Australia and internationally. Highlights from many group exhibitions include ‘Imagining the Everyday’, an exhibition of Australian photographers’ work’, curated by Alasdair Foster in 2010 in China, and the touring exhibition ‘Testing Ground’, curated by Julie Gough in 2013. Her work has been exhibited at Australia’s most prestigious public photography galleries including major solo exhibitions from 2010-2013 at the Australian Centre for Photography, the Monash Gallery of Art, Queensland Centre for Photography and in 2018 at the Perth Centre for Photography. In recent years Rebecca’s work has been included in photography festivals such as Foto Freo, the Lodz Fotofestiwal in Poland and the Pingyao Photographic Festival in China. In 2018 Rebecca completed a PhD at RMIT University. Rebecca’s new series will be shown at WA Art Collective later in the year. Rebecca’s work is represented in several collections, including the Art Gallery of Western Australia, the Cities of; Victoria Park, Stirling, Joondalup the Royal Perth Hospital and the Town of East Fremantle collections.

Anna Louise Richardson is an artist and freelance curator investigating rural Australian identity and associated mythologies. Richardson works primarily in charcoal and graphite on cement fibreboard, using a realistic approach, flattened perspective, cut-out shapes and manipulated scale to amplify the subject matter. Her artistic practice reveals ideas of intergenerational exchange, parenthood and signifiers of identity based on her experiences of life in rural Australia living and working on a multi-generation beef cattle farm. The complexities of human relationships with the natural world and the intergenerational qualities of these relationships are driving themes throughout her practice. Richardson’s work depicts animals as a recurring motif to examine shared values on the role of animals in culture, commerce and ecology and how these are shaped through different narratives.

Augury – The diary of birds3