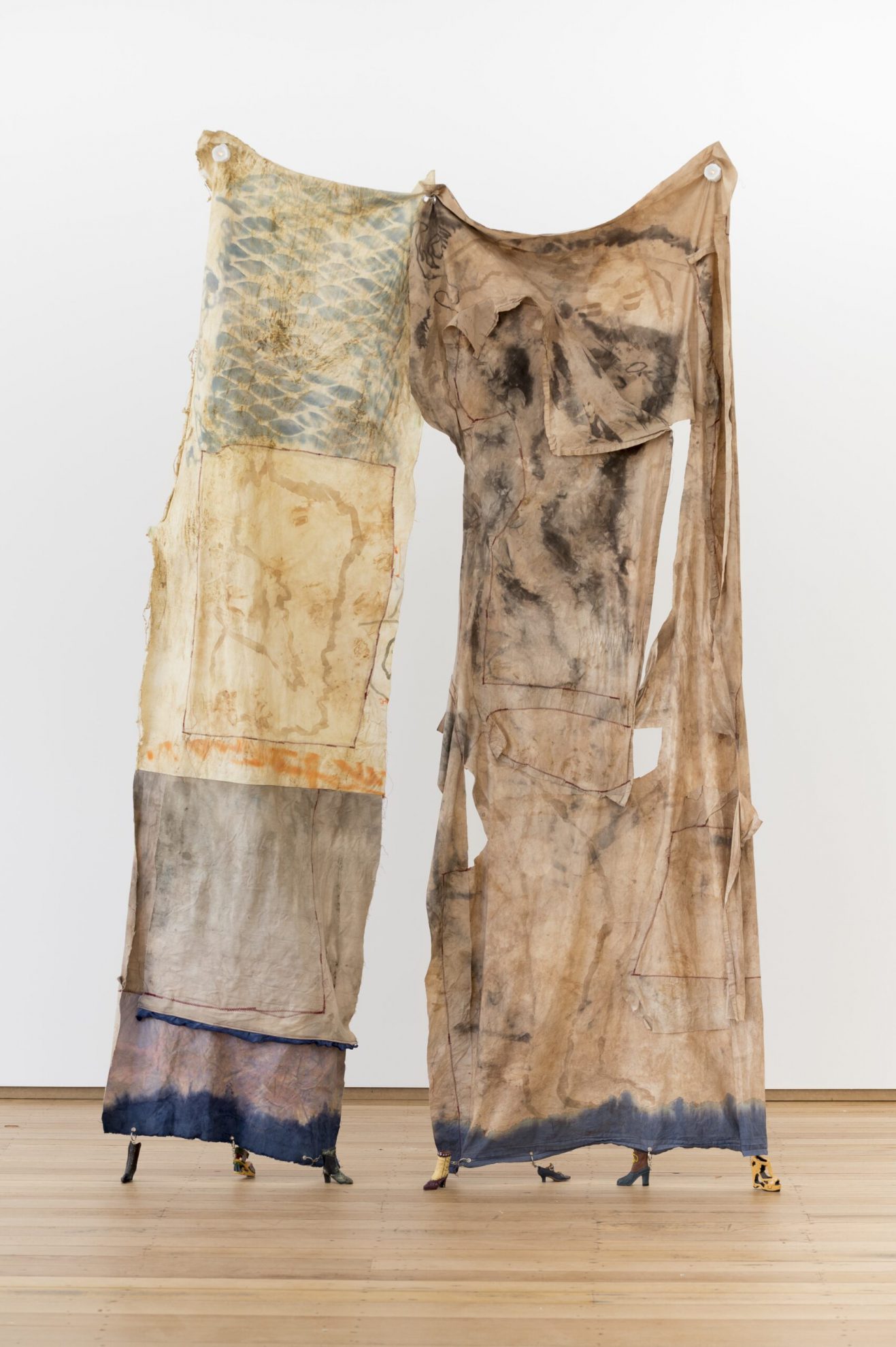 Interested in unstable states, Rafaella McDonald explores notions of precarity through material. The installation How____ relates to a pair of pants I’m not sure consists of two pieces of suspended hand-dyed fabric, anchored by a line of tiny shoes, to create an anthropomorphised pair of pants. This fabric has been reworked through various processes of staining, patterning and mark marking including imprints from found objects, mixtures of synthetic and natural dyes from gathered materials. The abstracted form of unwearable pants is a recurring symbol for the artist, other iterations have been made out of edible, domestic substances including toffee and boiled candy. Here, the pants are pinned in place by double ended candles, an allusion to envitiable combustion and the exhaustion that comes from lighting the candle at both ends. 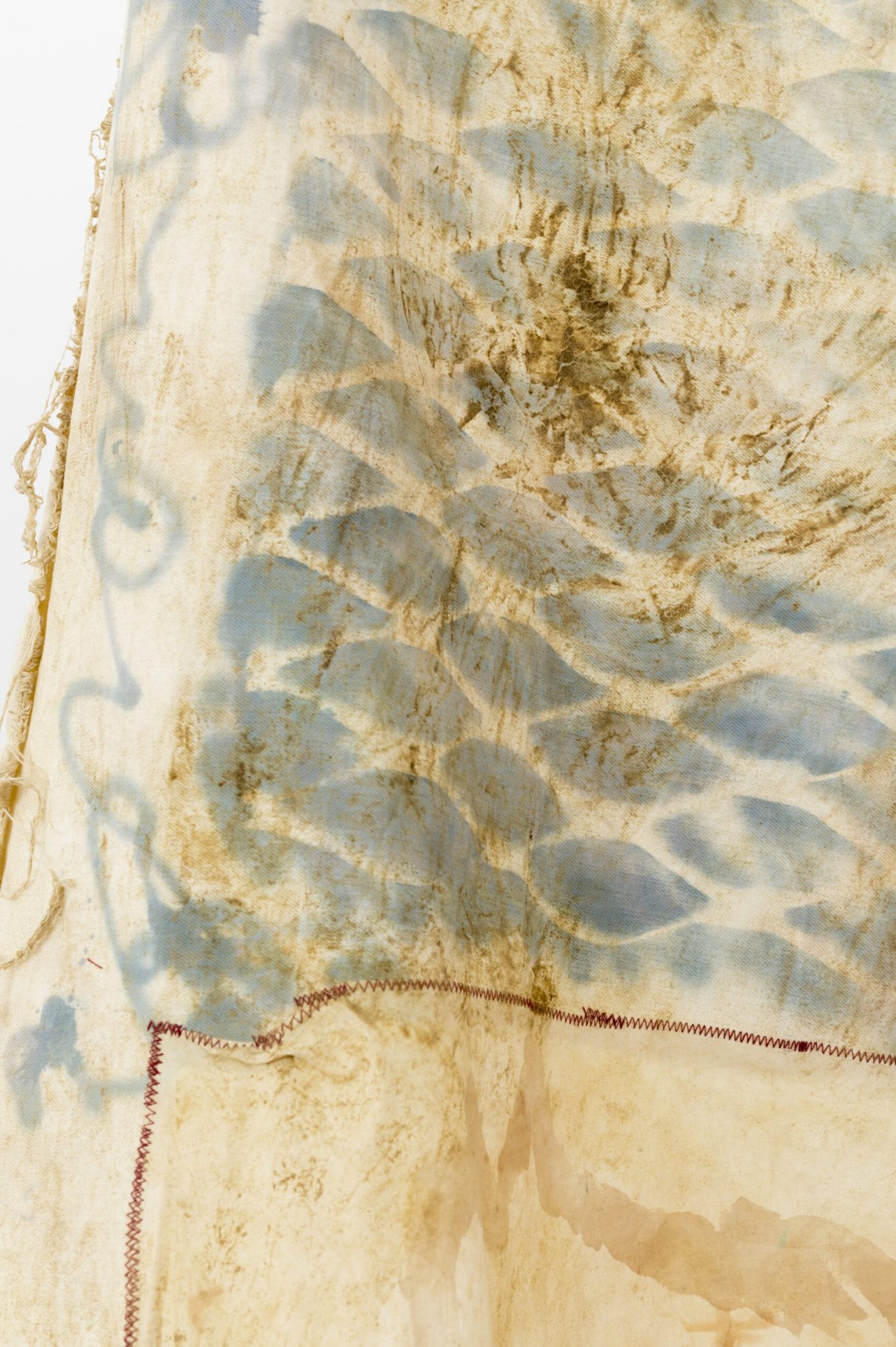 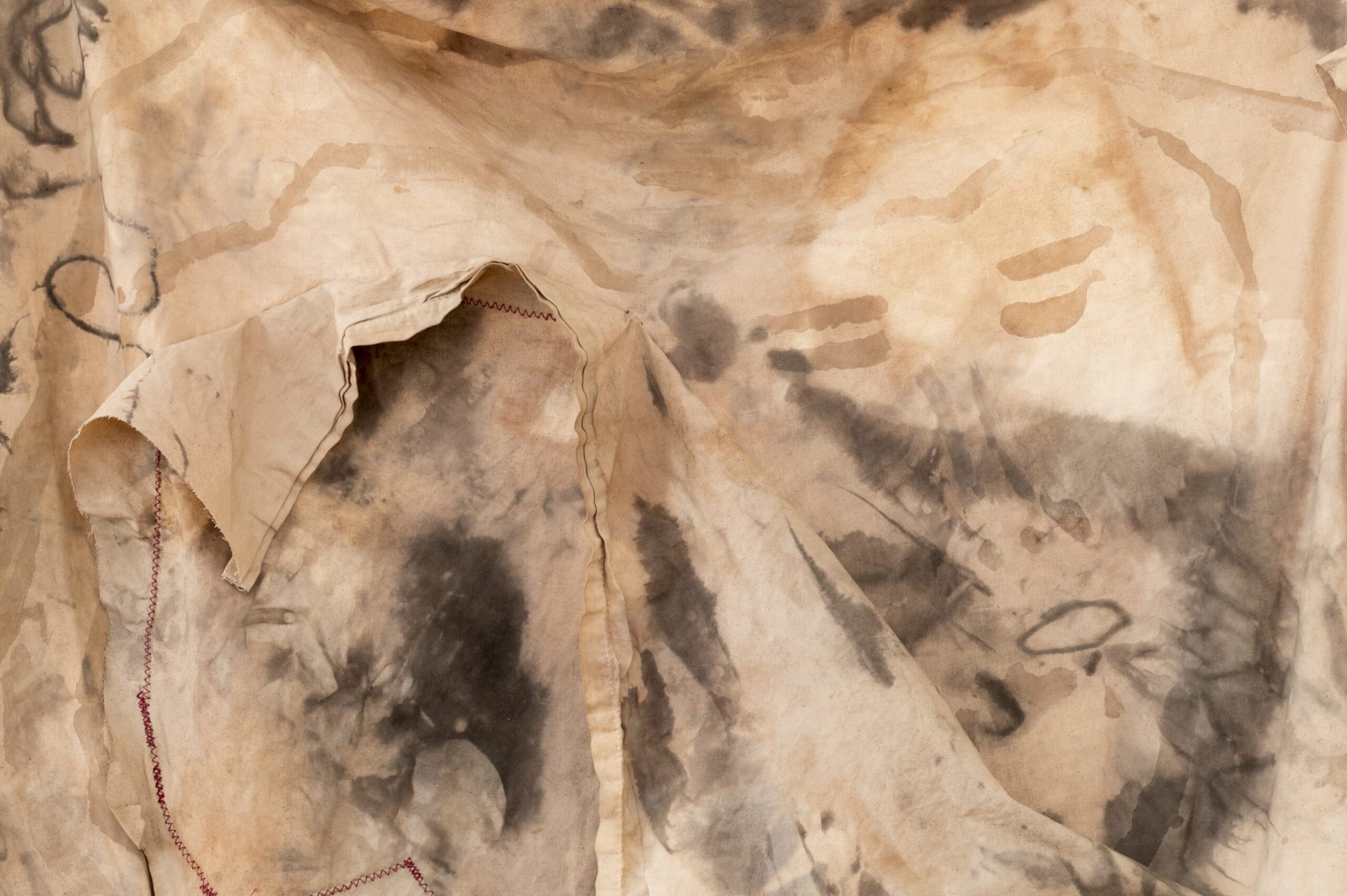 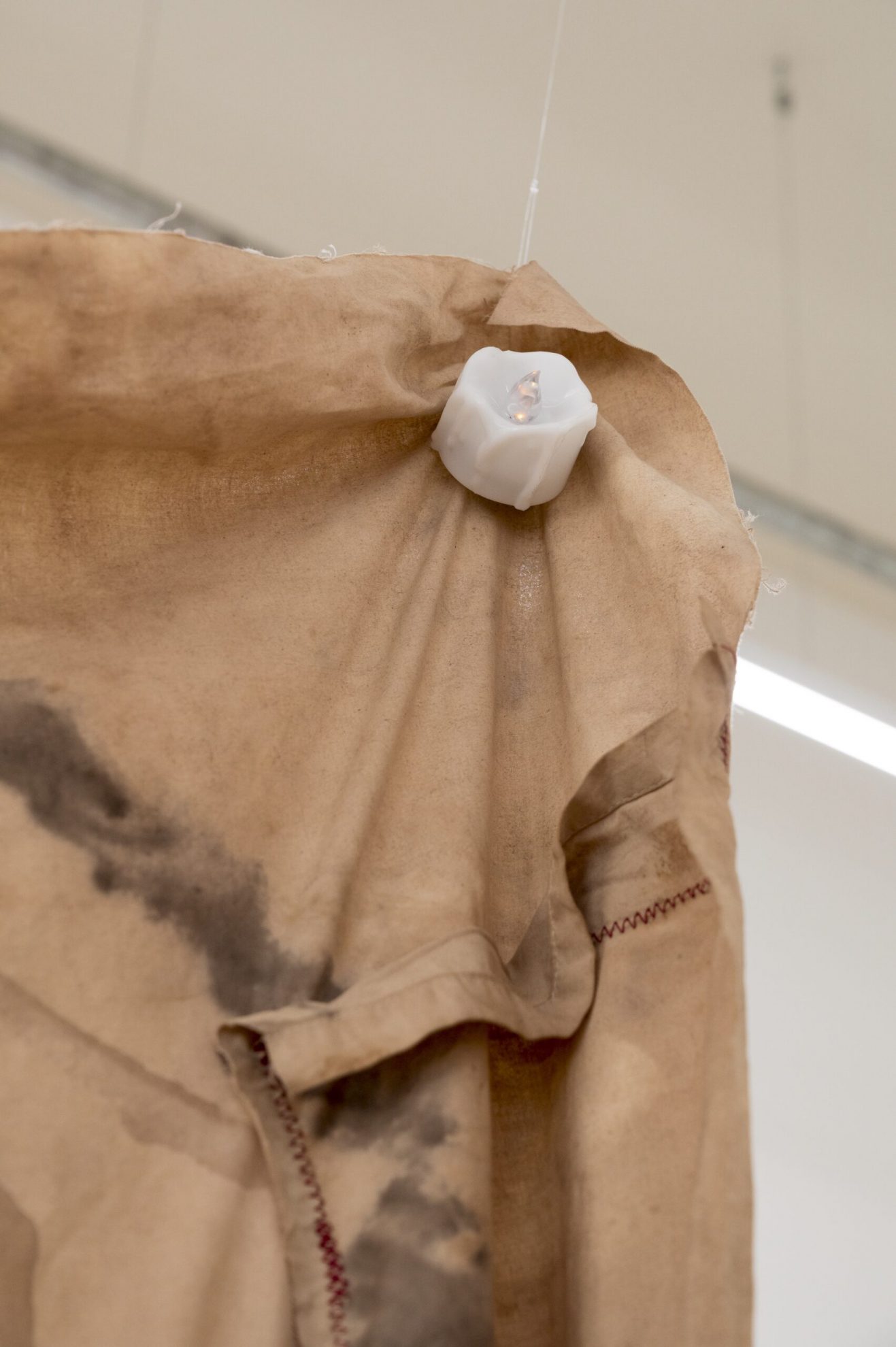 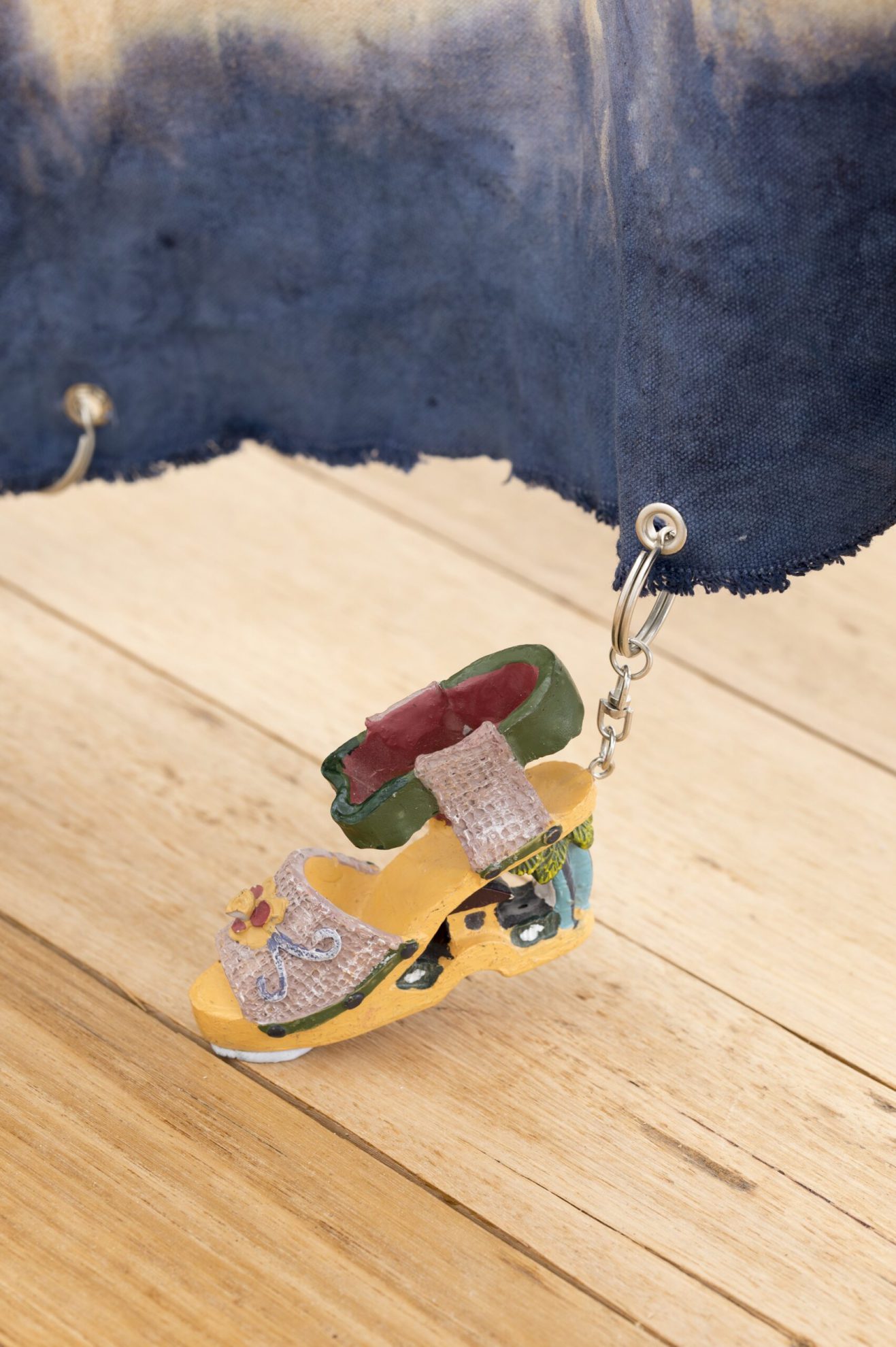 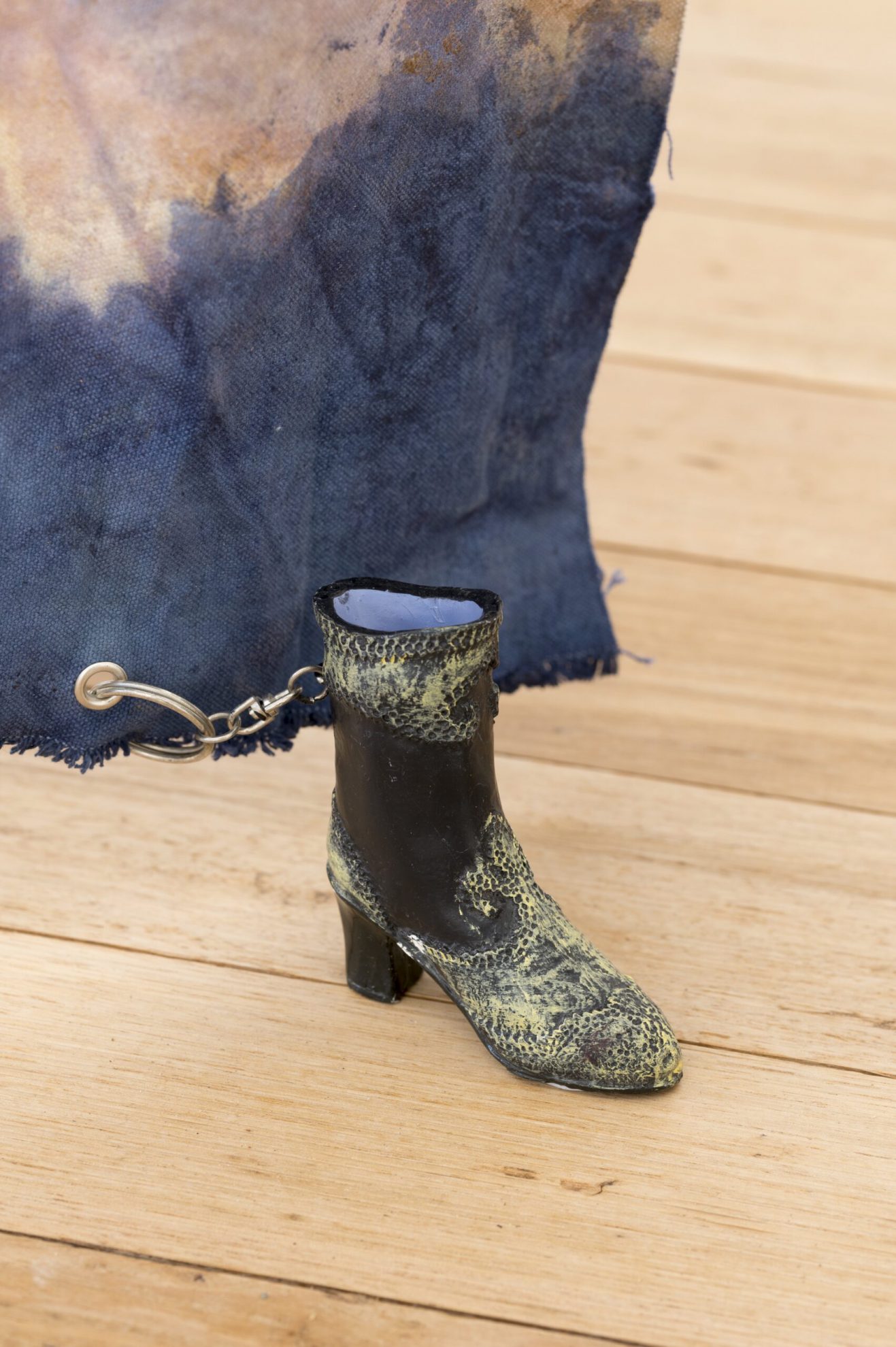 Rafaella has a painting and sculptural practice, working across gallery settings, public spaces, and clothing. Her practice is concerned with the gestural elements of materials, documenting interactions between materials and the body. Since 2014 Rafaella has exhibited solo and group exhibitions in Melbourne’s not for profit and commercial galleries including Westspace, TCB Inc, Fort Delta and Daine Singer. She has completed several large public art work commissions for The Melbourne Metro Authority, The Substation, City of Stonnington, Shepparton Art Museum and Melbourne Fringe. Her work has been included the biennial Next Wave Festival for emerging artists, acquired by National Gallery of Victoria collection and private collections. In 2017 she was the recipient of the Midsumma Art Prize Award and received a Vic Arts Grant to undertake a month long residency in Los Angeles. Rafaella received First Class Honours at the Victorian College of the Arts (2015) and holds a Bachelor of Creative Arts from Melbourne University (2009). Her textile work has been included in publications such as Hessian Magazine and The Craft Companion (Thames and Hudson).