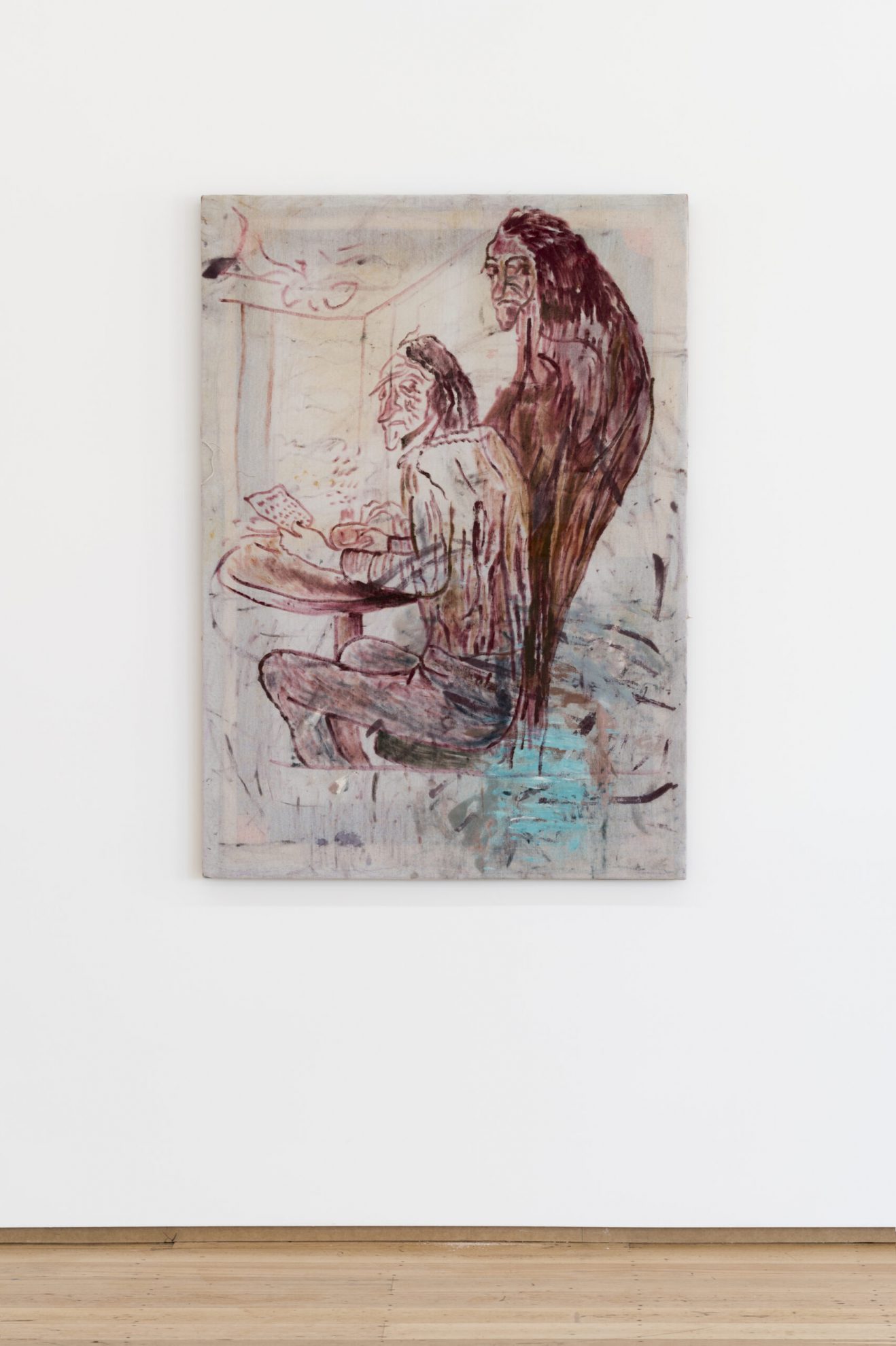 Josey Kidd-Crowe’s paintings are largely representational, yet they are far from traditional realism or a social document. Rather, these works rely on the evocative. Worked into old bedsheets and tapestries of discarded fabrics, his paintings are often populated by people and places that seem recognisable, yet they are difficult to place at any one point in time. Much of these images come from the imaginary materials of literature and old magazines, but in their conversion to painted images they take on a less referential quality. Embedded in supports that escape the illusion of the canvas, these works expose the process of painting without falling into reductionism. Kidd-Crowe’s claim to representation isn’t about accurate depictions or records, but rather about the effects of real life on our imaginations—be they individual or social—and the distance between these images and the real material that they’re produced from.