When we started planning this project, a police drone hovered over my old share-house’s backyard in Brunswick East. It was early 2020 and our project had been postponed maybe for the second time. We found ourselves in conversation with the archive at Melbourne’s Living Museum of the West.

The archive embraces its own decay. Evidence left of floods, of possums, of pages being eaten by silverfish and systems evading other systems. We consider non-hierarchical possibilities of governing. An ecomuseum.

One afternoon R’s dog Jakey was after a rat. The park ranger only had a possum-sized trap.

There’s too much to boil down here.

The Cyprus tree, our meeting point, was the first tree planted here when the park was being reconstructed, infilled and imagined as a shared public space. A wetlands nearby, a playground, a self-cleaning public toilet.

When the factories stopped functioning, the land returned to a park; the bird population increased, grass grew around the remaining pipes, quiet corners used by strangers for brief encounters now facilitated by an app.

Once, thousands of litres of blood would run and spill out and in to the water way. Ghosts of sheep slaughtered. Intestines used as racquet strings.

The garden has self-seeded and done so again, and again. Self-referential and signalling what has grown before. I think we will eat lunch together here. A long table, under the grapevines. Careful retouches made to mosaic tiles.

And Seb started thinking about the birds. And choirs, as he rode along the bike path and the river from Brunswick with a thick chain around his waist. I often drive, J or D catching a lift.

This doesn’t tell you much about the project, but it actually does.

Images of Archie as a figurehead on the bow of a ship floating down the Maribyrnong.

They pivot to a space between two small poles and again to flying a kite. A sky fish, a fishing rod, practice flights, wind dependent.

Akil said “the birds always sing before the light.”

Can we source a leadlight window pane? I think it is going to get smashed…

“To know and be known through the preservation of our differences. To know the other in all their unknowability. This is the condition of our solidarity” Triangle Fold, Snack Syndicate, reciprocally inspiring and reflecting our thoughts back to us and forward to new ones.

Kevin’s cyanotypes of his hair shift from glass to fabric, imagined so large, that they could wrap the entire dock.

Jesse with makeshift tap shoes, on top of a concrete pipe, coins flying and dreams of grandeur, asking “can we get a Lime scooter here?”, “what about power for a Nutribullet?”

Debris; tyvek, a misting device, bodies rinsed under pressure. “I’d like to install near the pile of rubble.”

“Charlie, would you be happy with us placing some copies of your dolphin essay, in. situ?” A statue of two bronze dolphins, stolen from the park, the plaque remains.

Virginia will send a waxed sheep pelt, they think their sister might drive it across the border. A stomach bag as a passenger.

A group project that has felt like a durational speculative exercise, finally realised.

I think I will miss it.

Some context for you, if you like, this group project began in 2018, even earlier possibly, like this: 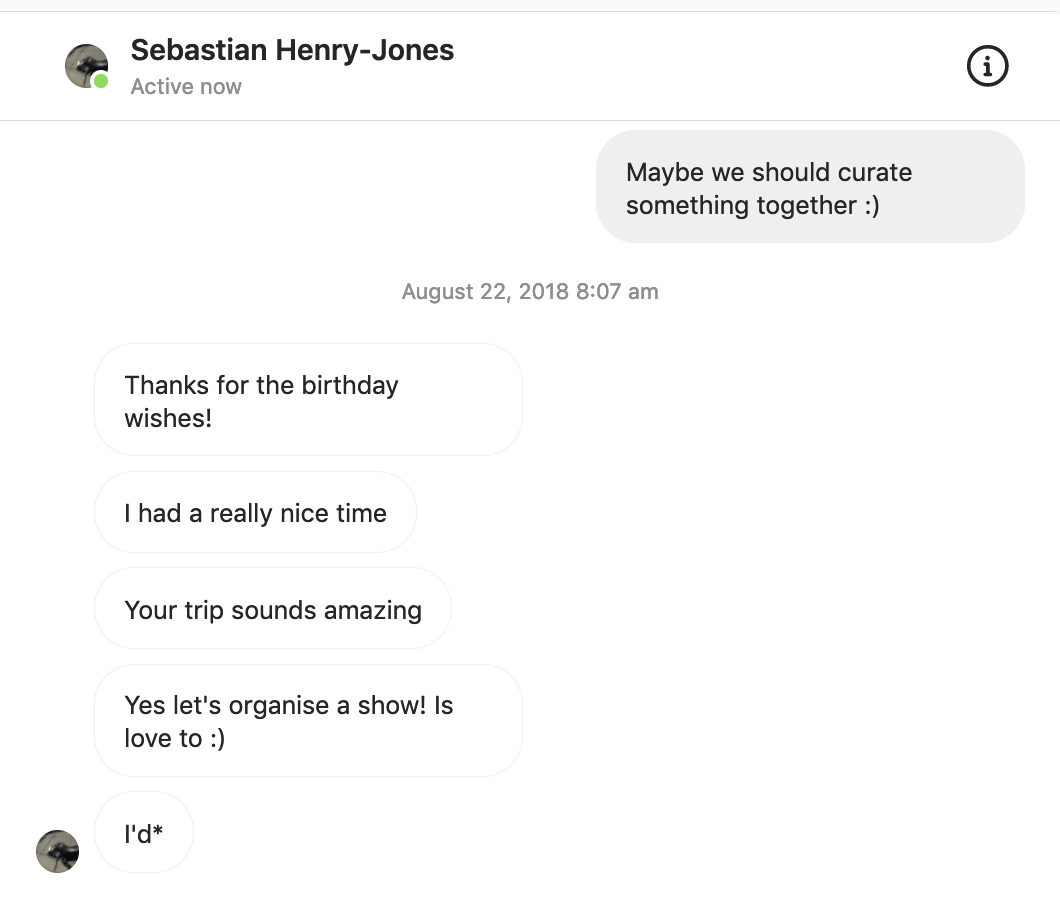 Seb and I met in 2016, we have worked on small projects together, crossed paths, sent opportunities to one another, shared snippets of our lives, living mostly in different states until recently.

We are deeply grateful to Akil, Archie, Debris, Jesse, Kevin, Snack (Astrid + Andrew) and Virginia for being open to us, our ideas and the twists and turns this project has taken. Thank you for spending time and talking and thinking and wandering with us.

To work in such an unfixed and winding way has taught me a great deal, I can’t say I would replicate such conditions again, I can say it has been fun and complex and so interesting.

We give thanks to Melbourne’s Living Museum of the West, current and former staff, committee members and to West Space and acknowledge their history of working together for many years.

Also we are thankful to Create New South Wales and the City of Maribyrnong for financial support.

We acknowledge that the presentation of this project as well as the many months of thinking, talking and planning has taken place on the unceded lands and waterways of the Wurundjeri Woi Wurrung and Bunurong peoples of the Kulin Nation. To these people, and to all First Nations people, present, past and emerging; we pay our respect. We recognise that this land and affiliated waterways have long been a place of discussion, knowledge sharing and gathering. Sovereignty was never ceded.

to listen, not to preserve5